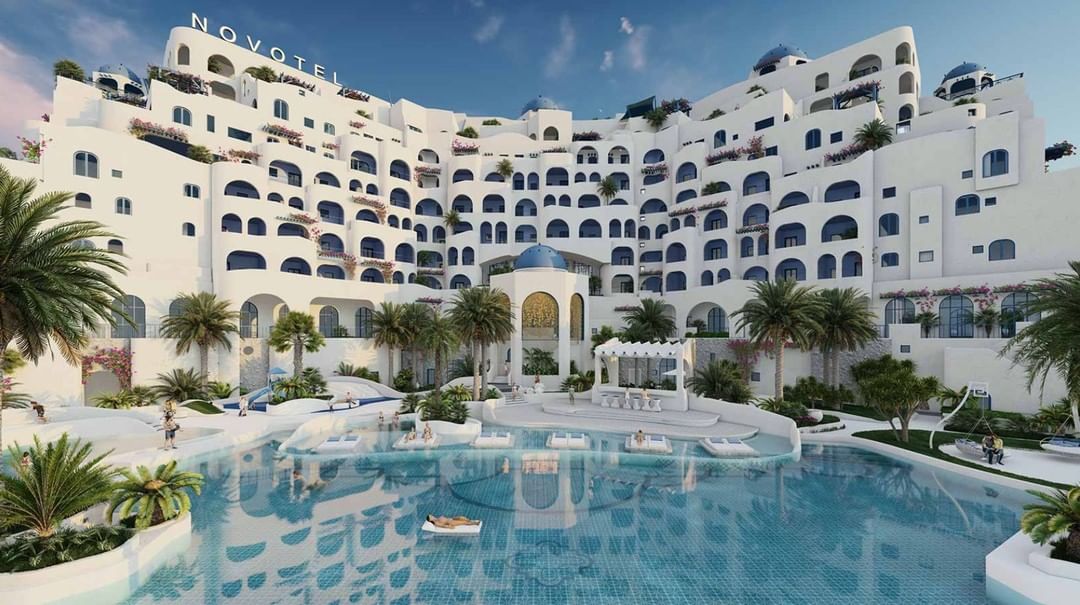 Built under the investment of Novaland and operated by Acor Group, Santorini Phan Thiet is the name of the Novotel Hotel and resort complex located in the Novaworld Phan Thiet, in the tourist area in Tien Thanh commune, Phan Thiet city, Binh Thuan Province. With an overall scale of up to 1000 hectares, Novaworld Phan Thiet is the first large-scale utility complex in Vietnam with more than 200 utilities, 16 hectares of a marine park, nearly 7km of coastline and an exclusive PGA golf course.

Santorini is inspired by the name of an island in the southern Aegean Sea, located about 200 km from the “mythical land” of Greece. It is the largest island in the Cylades group and a crater remnant. When arriving in Santorini, visitors will have a joyful feeling like a child lost in a part of a beautiful world in a fairy tale. The sky is blue, the house is blue, the houses are deep in the mountains, the mountains stand up and hug the black sand beach. Santorini’s charm lies in the human philosophy of resonance and reciprocity between nature and man. Novotel Phu Quoc has a total construction area of ​​about 18,400 m2 in a total area of ​​25,000 m2, Novotel Phan Thiet is a world-class 5-star hotel with 10 floors with 250 high-class rooms mainly serving commercial activities and conferences.

AA Corporation recently signed a contract to construct, complete and supply furniture for Novotel Phan Thiet project. The project is expected to be completed in 2022.