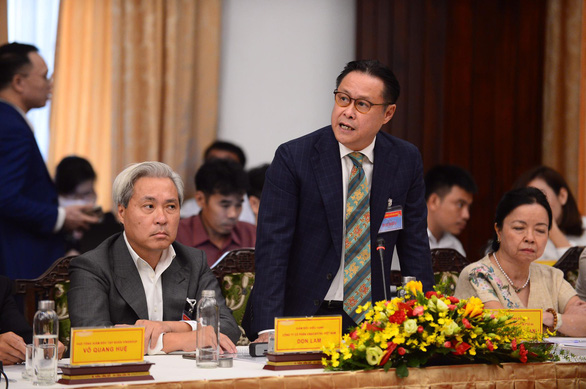 THE PRIME MINISTER: WISHING A PROSPEROUS COUNTRY MUST HAVE BIG ENTERPRISES, STRONG BRANDS

On the afternoon of March 6, in Ho Chi Minh City, The Prime Minister Nguyen Xuan Phuc had a meeting with typical businessmen and intellectuals with the theme ‘Dialogue 2045’. Representing for wood industry speaking at the Dialogue, Mr. Nguyen Quoc Khanh, Chairman of AA Corporation , and PChairman of the HAWA recalled the conference in 2018.

The event organized at the Thong Nhat Hall, where 5 years ago, The Prime Minister Nguyen Xuan Phuc had the first dialogue with the business community.

According to the program, after The Prime Minister Nguyen Xuan Phuc delivered his opening speech, representatives of businesses, associations, intellectuals, experts and leaders of ministries, branches and localities would have speeches. The Prime Minister will conclude.

Addressing the conference, Deputy Chairman of the Government Office Tran Van Son said, XIII Congress has set development goals to 2045; implementing the congress resolution, The Prime Minister presides over the 2045 Dialogue conference to commend the great contributions of the team of entrepreneurs and intellectuals to the country’s achievements over 35 years of renewal and the main term. Government of XIV, and at the same time continue to listen to ideas to make Vietnam a developed, high-income country.

Dialogue 2045 will be held periodically

Dialogue will be held periodically, online and directly on a variety of topics related to the vision of a mighty Vietnam rivaling the great powers of the five continents.

“The dialogue still lacks many great intellectuals, many businesses, we will try to organize 2045 dialogues annually with the leadership of the Party and State leaders,” said The Prime Minister.

After The Prime Minister’s opening remarks, representatives of enterprises spoke. It is known that preliminary estimates, total revenue of businesses attending the conference is more than 26 billion USD a year.

Representing the wood industry speaking at the Dialogue, Mr. Nguyen Quoc Khanh, Chairman of AA Corporation and HAWA recalled the conference in 2018.

At that time, the Prime Minister set a target for how Vietnam’s wood industry in the next 5 years would be ranked second in the world. Mr Khanh said “Today, after 3 years, I am proudly to report to The Prime Minister that we have ranked second in the world.” In 2020, despite of the COVID-19 , the wood industry will grow 2 digits. Trade surplus reached 10 billion USD.

If you build a 1m2 wooden house, you can save more energy than 10 times. Any material will be all except for wood. The world furniture market is very large, with a commercial value of about 450 billion USD / year, of which wooden furniture is about 150 billion USD / year. In particular, the export turnover of Vietnam’s wooden furniture only accounts for about 6% of the global market share, so the development space of the industry until 2045 is still very large.

Mr. Khanh proposed that the Government have a policy to promote the building of generations of young entrepreneurs, considering this as a start-up industry; invest heavily in technology, actively transform digital. The wood industry needs to be ahead of technology, need to have higher added value, not just go outsourcing. 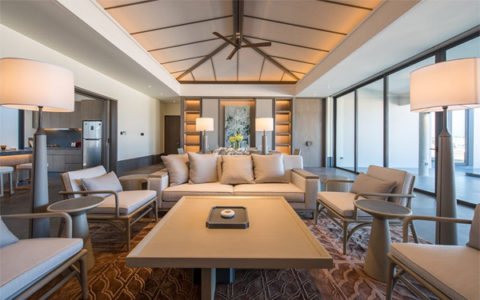 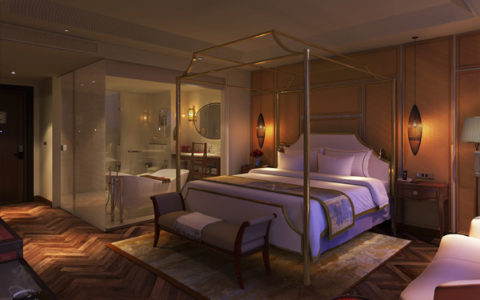 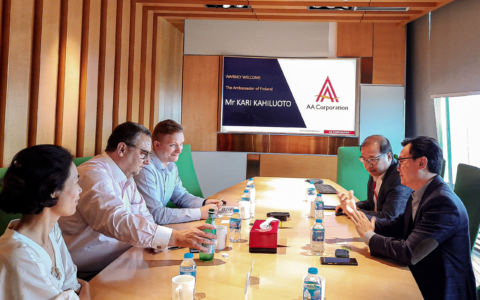